“The beauty of anti-racism is that you don’t have to pretend to be free of racism to be an anti-racist. Anti-racism is the commitment to fight racism wherever you find it, including in yourself. And it’s the only way forward.” Ijeoma Oluo

Education For Racial Equity is a cross-racial and inter-generational non-profit organization committed to illuminating and dismantling the system of white supremacy, globally.

Check Your Privilege is a global movement that supports individuals on their journey of becoming actively anti-racist.

Robin Di Angelo Author of White Fragility: Why It’s So Hard For White People To Talk About Racism, Consultant, and Facilitator working in the fields of critical discourse analysis and whiteness studies.

Ibram X Kendi Author of How to be Anti-Racist is one of America’s foremost historians and leading antiracist scholars. He is a National Book Award-winning and #1 New York Times bestselling author of seven books.

Ta-Nehisi Coates is a distinguished writer in residence at NYU’s Arthur L. Carter Journalism Institute. He is the author of the bestselling book Between the World and Me.

Layla Saad: Author, anti-racism educator, international speaker, and podcast host. Author of Me and White Supremacy. I Need to Talk to Spiritual White Women about White Supremacy (Part One) and Part Two.

*** Books mentioned and many others can be purchased at Black Garnett Books a black woman-owned, Twin Cities bookstore radicalizing your bookshelves.****

“In a racist society, it is not enough to be non-racist. We must be anti-racist.” – Angela Davis

13th Combining archival footage with testimony from activists and scholars, director Ava DuVernay’s examination of the U.S. prison system looks at how the country’s history of racial inequality drives the high rate of incarceration in America.

Jim Crow of the North Roots of racial disparities are seen through a new lens in this film that explores the origins of housing segregation in the Minneapolis area.

I Am Not Your Negro journey into black history that connects the past of the Civil Rights movement to the present of #BlackLivesMatter.

When They See Us Five teens from Harlem become trapped in a nightmare when they’re falsely accused of a brutal attack in Central Park. Based on the true story.

1619 An audio series on how slavery has transformed America, connecting past and present through the oldest form of storytelling.

All My Relations Exploring how Native peoples are represented in mainstream media.

“For the master’s tools will never dismantle the master’s house. They may allow us to temporarily beat him at his own game, but they will never enable us to bring about genuine change” Audre Lourde

← With large in person funerals hindered by social distancing, how can I honor my loved one? Grief is Learned → 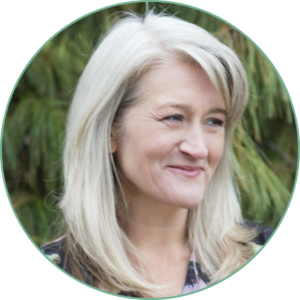